Seriously don’t “awww” it’s true. I think I can actually be kind of an asshole. I mean, obviously I’ve ‘failed’ at some romantic relationships before I met Josh. But even friendships I’m kind of the worst. I think about people all the time and cherish them in my heart but for some reason I’ve always kept myself at a distance from people by not keeping contact regularly or making the time for them that was well deserved. For this reason I find myself really dissecting what makes a Cara in a friendship and a romantic partner so that I can be sure to give good Cara when at all possible for the people that I love. It’s been a prevalent topic on my mind for many moons now but until today I didn’t have the vehicle with which to talk about it. Before I dive right into the story I’ll tell you, I’m a nester, I love my house and being in it and feeling the energy of my space. It’s my most favorite.

However, I also love to travel and go out into the world and leave my beautiful home. Before I do I generally clean the dishes in the sink and change the sheets because what is better you guys, than coming home from foreign spaces and nestling into a crisp bed with no worries about all the dishes that you have to do? It is divine. So when I left for 9 days knowing that cowboyfriend would be coming home 7 days before me I tried to instill in him the importance of coming home to a clean house with some *wink wink* obvious nudging. Instead of the easy wash the dishes, change the sheets, this little nugget attempted something much more grandiose. He forfeited his office to me and put all of my favorite art and gemstones and instruments into the room. When I walked into my home after 9 days of missing my kittens and all of the warm energy of the house and everything was different, I didn’t react exactly how he had thought I would. All I could see was that every ounce of me was removed from the bedroom and Josh’s things had taken over. I was devastated and blinded from the surprise of it all and unfortunately the blindness also covered up the nice thing that this amazing man had done for me.

Luckily after the initial reveal he had to go feed the horses and I was left in the house staring, thinking, laying with my head under the bed. I began to get unnecessarily upset about this spontaneous redecorating that I had no say in and then I had a big realization. Josh loves me. He would never try to do something that would make me upset, his intention was to give me a gift. And I basically stomped all over it right along with his enormous and squishy heart. So I stopped for a beat and took some deep, meaningful breaths. It’s easy if you are also a big squishy heart haver to now think that you should roll over and accept things as they are, this is as big of a mistake as the aggressive hatred that I expressed at first glance. So instead of needing to be either/or I sat down with my beloved cowboyfriend and told him that I loved his intention of creating a space for me to work, I made sure that he knew he was appreciated. But to keep my stake feeling worthwhile to the partnership I also asked him if we could change small decorative things so that I felt our home reflected us both. 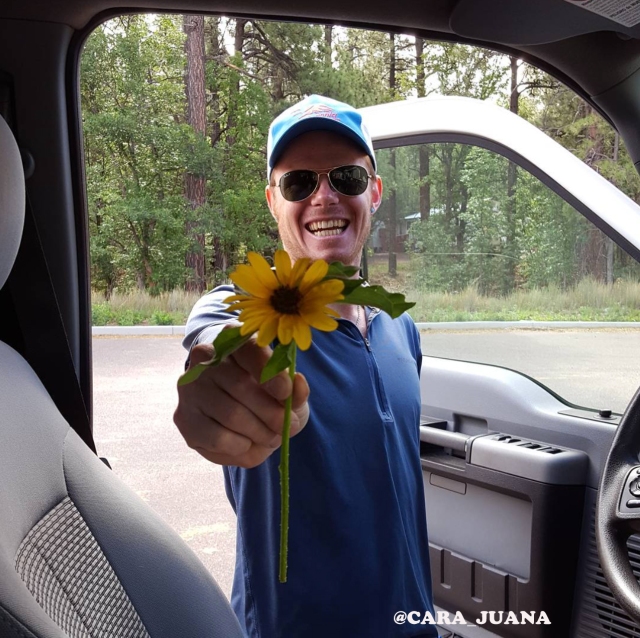 He agreed and we both sat in silence with our egos trying to figure out if we did or did not like the way that they just took that little blow.

I suppose the super obvious meaning of this ridiculous and somewhat silly blow up is that we compromised and in the end the compromise is the only fair option between two parties with valid arguments. But at a deeper level I feel like I accessed a new level of truly being a partner, I was able to objectively look at our situation while taking into account what I can assume as his subjective view. All three aspects are necessary in a relationship because the childish ego sometimes calls to us to make a big deal when in reality we’re missing the bigger picture. When accepting another human being as your partner you’re accepting that your souls have become a ven diagram, some of you and some of them will be squished together in your coupleness. It is up to you as you lay the foundations of your relationship which parts of you remain yours alone and which you’d like to share, as you learn your ego will naturally pick up and go right along with you. But do expect little blow ups along the way as the ego decides exactly where it fits in your relationship. Happy loving, may it be shiny and glorious.